Welcome to our January Newsletter and a very Happy New Year to everyone!
Our annual New Year mailing was despatched two weeks ago and I hope you have received your copy?  If not, please contact us via email or on 01869 811167 and it will be sent to you immediately.
One of the features which we believe sets CICERONI apart from many other cultural tour companies is the level and frequency of private access which we include within our visit itineraries. 2019 will continue this tradition and I would like to devote this newsletter to some of these opportunities to see amazing places often not open to the public.
ET IN ARCADIA EGO:  ROME & THE GRAND TOUR
Our first tour of the 2019 season is a long-standing favourite, Et in Arcadia Ego: Rome & the Grand Tour, 23 February – 1 March. The ideal introduction to the cultural milieu which shaped taste in the eighteenth and nineteenth centuries, earlier visitors prized visiting collections and palaces under ‘connoisseur’ viewing conditions and we too shall enjoy similar levels of access. These will include an evening visit to the Vatican Museums when closed to the public so that we can see not only some of the most famous antique sculptures such as the Apollo Belvedere, but also trace their influence on Raphael and Michelangelo, not least on the amazing Sistine Chapel Ceiling which we shall have entirely to ourselves. The great private palaces of Rome are extraordinary, none more so that Palazzo Colonna, and we shall see both the private and the ‘state’ apartments with their remarkable paintings and decorative arts, as seen above. Fingers crossed, but we hope it will be possible to include a visit to Nero’s fabled Domus Aurea, the so-called ‘Golden House’, hardly ever open due to ongoing conservation work. This is the finest suite of interiors to survive from ancient Rome and since their ‘rediscovery’ during the Renaissance, they have remained the most influential source of inspiration for later interior decoration in the classical style. 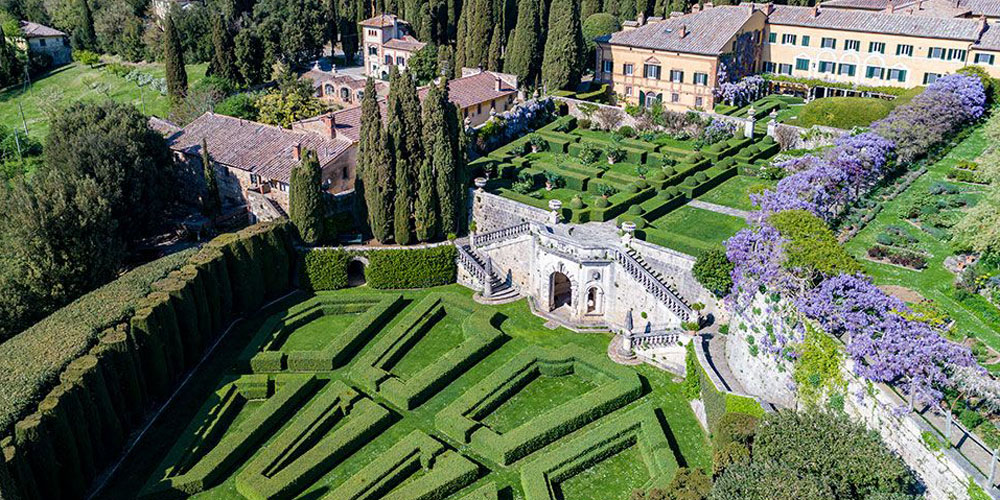 MERCHANTS, POPES & ENGLISH PEERS:  SIENA & THE GARDENS OF TUSCANY
May and June are wonderful months to feast the senses on Italian gardens and we have three such tours for you this coming year. Merchants, Popes & English Peers: Siena & the Gardens of Tuscany, 30 April – 4 May will be based just outside the walls of this marvellous city (which will be visited as part of the tour) and will allow us to journey through the lovely countryside as spring melds into early summer. Two of the fine privately owned villas and gardens we shall include are Villa Cetinale, a historic Chigi family villa which was transformed by the late Lord Lambton into an idyllic environment. South of Siena in the Val d’Orcia, the most important garden in that part of Tuscany is without doubt the peerless La Foce, seen above, where Cecil Pinsent’s original ideas were further developed by his client, the writer Iris Origo. 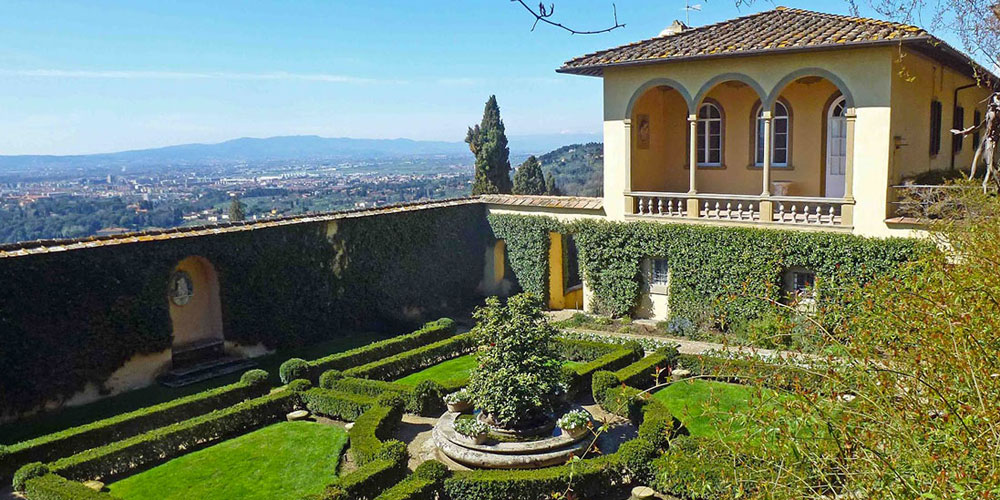 OTIUM ET NEGOTIUM:  VILLAS & GARDENS OF FLORENCE
Cecil Pinsent was the dominant influence in grandee Tuscan gardening circles in the first half of the twentieth century. He features repeatedly in the splendid series of visits which will make up our tour Otium et Negotium: Villas & Gardens of Florence, 7 – 11 May based just outside Fiesole with splendid views down towards Florence. Indeed, what many consider his most ingenious creation, the terraced garden at Le Balze, seen above, now in the care of an American university and not usually accessible, will be included. Not far away is Villa Gamberaia, which Robin Lane-Fox in the FT suggested as the most evocative garden in Tuscany. While he was able to visit the garden quite easily, the villa itself is very much not open, but our group will enjoy a splendid lunch within – another typical CICERONI ‘lollipop’. 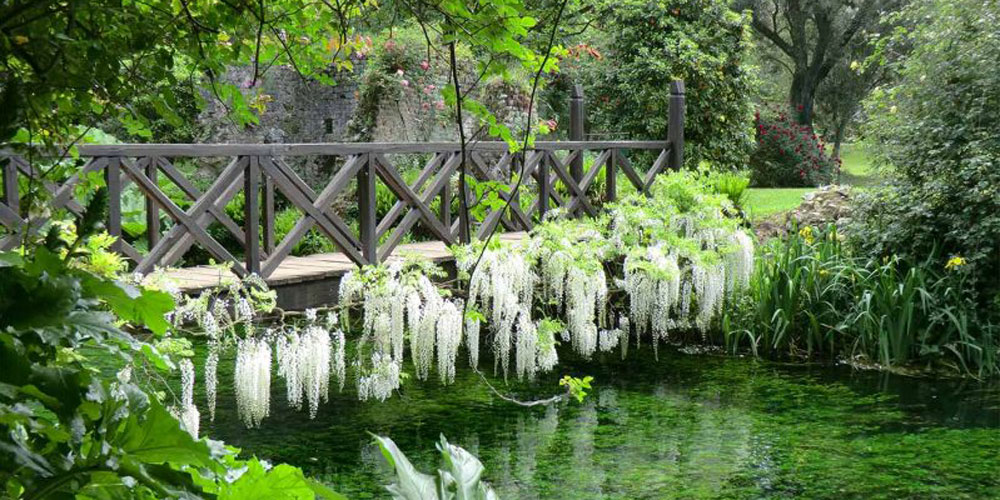 POPES & PRINCES AT REST:  VILLAS & GARDENS OF LAZIO
The world of ‘grandee private gardening’ is not confined to Tuscany and it can also be found to the south in Lazio, the lovely countryside surrounding Rome. After all, it was in the ancient Roman period that the idea of retiring to the country to find peace and quiet was first developed in this part of Italy. So, it should not come as a surprise that our Popes & Princes at Rest: Villas & Gardens of Lazio will take in not only ancient villas such as that built for the Emperor Hadrian at Tivoli, but also the extraordinary series of renaissance and baroque gardens which continued this tradition, such as at Villa d’Este and Villa Gamberaia. While most of these gardens are in excellent State care, there are some truly wonderful private gardens from more recent times, such as magical Ninfa, which we shall visit. Less well known are two nearby gardens, privately owned and not generally open to the public: Landriana where the influence of Russell Page is all pervasive; and La Torrechia, an oasis of beauty where Dan Pearson has been at work. 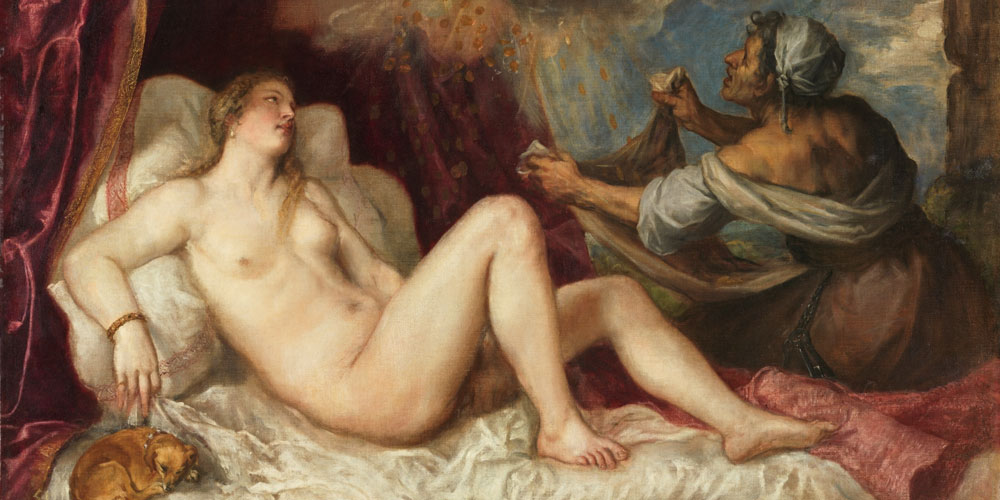 HABSBURGS & BOURBONS:  CONNOISSEUR'S MADRID & TOLEDO
I have always thought Madrid one of the neglected capital cities of Europe. Whilst it is true it has none of the ancient history of Rome or the pizazz of Dublin, yes – Dublin, I adore Madrid and try to visit it as often as possible, not least because of its stellar museums and charming locals. Later this Spring I shall lead a tour for the Worcestershire branch of The Art Fund, Habsburgs & Bourbons: Connoisseurs’ Madrid & Toledo, 12 – 17 May. There are a few spare places on this visit so if you support the Art Fund and its work in raising money to help our museums and galleries save works of art for the nation, do think of joining what I know to be a jolly and convivial group. As usual, we have included some amazing private visits such as two mornings in the Prado before it opens to the public (think of all those amazing paintings by Bosch, Titian, such as his Danaë, seen above, Rubens, Velazquez and Goya) and two private palaces, including the home of the Dukes of Alba, the Palacio de Liria. Details of this tour are not on our website but we would be happy to send them to you via email or post. 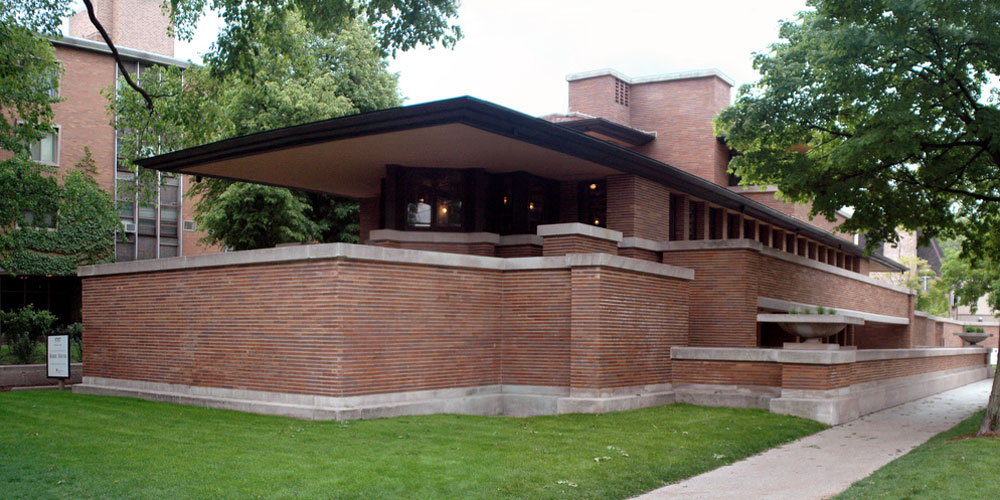 LOOK UP LOOK UP:  ART & ARCHITECTURE IN CHICAGO
And just to prove that we are not entirely obsessed with all things European and historic, Look Up, Look Up: Art & Architecture in Chicago, 11 – 17 June will be a wonderful introduction to the birth of modern architecture in the United States. Chicago, not New York, is the key place and our itinerary has been devised with the involvement of one of the key historians of the period, John Burns of the Chicago Architectural Foundation, who will lead this tour for us. Frank Lloyd Wright is perhaps the most famous name associated with this important story and our group will visit many of his houses and other projects, including the Robie House privately, pictured above. Another private visit will be to Mies van der Rohe’s iconic Farnsworth House, considered his domestic masterpiece. The Art Institute of Chicago will be the perfect foil to the architecture as within its walls can be found one of the great American collections of art from all over the world.
Finally, our recent mailing has led to a flurry of bookings since we reopened last week, our website includes a list of all our tours and current level of availability.
With every good wish from all of us for the coming year!
Tom