Depending on your local tradition, sometime over the last few days, nature’s version of ‘New Year’ has fallen. In Ireland this date is traditionally associated with the feast of St Bridget on 1 February, but in reality this Saint’s day coincides with those pre-Christian celebrations of the re-birth of nature’s bounty. On queue, here in Aynho snowdrops and hellebores have recently appeared to cheer us up, as seen above, so we too now know that we have turned the corner towards another spring.

I returned yesterday from Dresden where we have just had a group attending Wagner’s ‘Ring’ cycle. At many levels it was an amazing experience, with some truly stunning singing such as Vitalij Kowaljow excelling as Wotan, perhaps a landmark interpretation? As always with modern opera productions, both the direction and the sets did not suit everybody. Modern directors seem particularly keen to graft ever more obscure agendas onto Wagner’s masterpiece – in this production directed by Willy Decker and designed by Wolfgang Gussmann, there were rows of annoying stall seats arched over much of the stage space, making it very difficult for the singers to move about. Indeed, in the third instalment of the cycle, the eponymous hero, Siegfried (a full-voiced Stephen Gould) suffered a thumping fall as he scrambled over row after row to awaken the sleeping Brünnhilde (husky Petra Lang), though in this instance she was most definitely worth the extra effort. By the time Götterdämmerung came to its shattering climax, we all felt that this had been a truly memorable ring cycle. 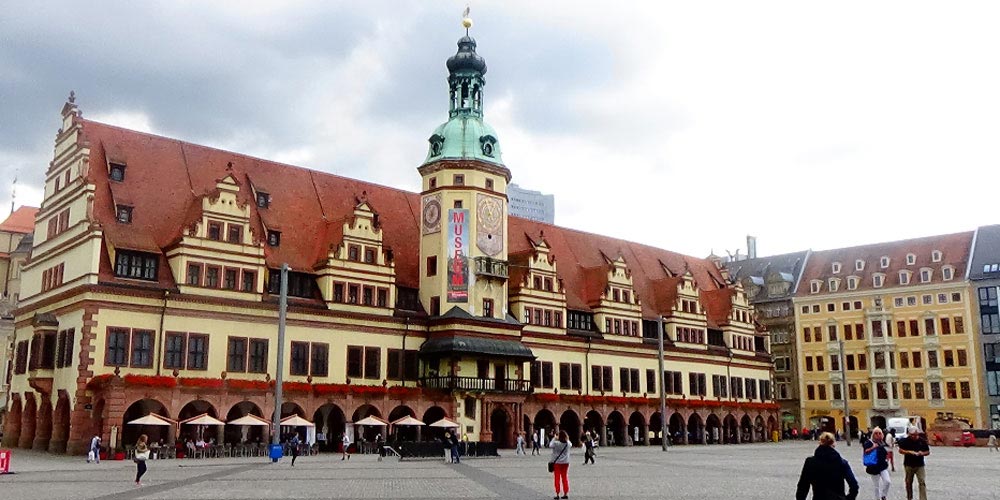 This tour has been such a success that we have decided to organise another ‘Ring’ tour next year, The Ring in Leipzig, Tuesday, 30 April to Monday, 6 May, 2019. We shall be based in the very comfortable city centre 5* Steigenberger Hotel which is within easy walking distance of both the opera house and most of the city’s other churches and museums, with Leipzig's Old Town Hall pictured above, just around the corner. 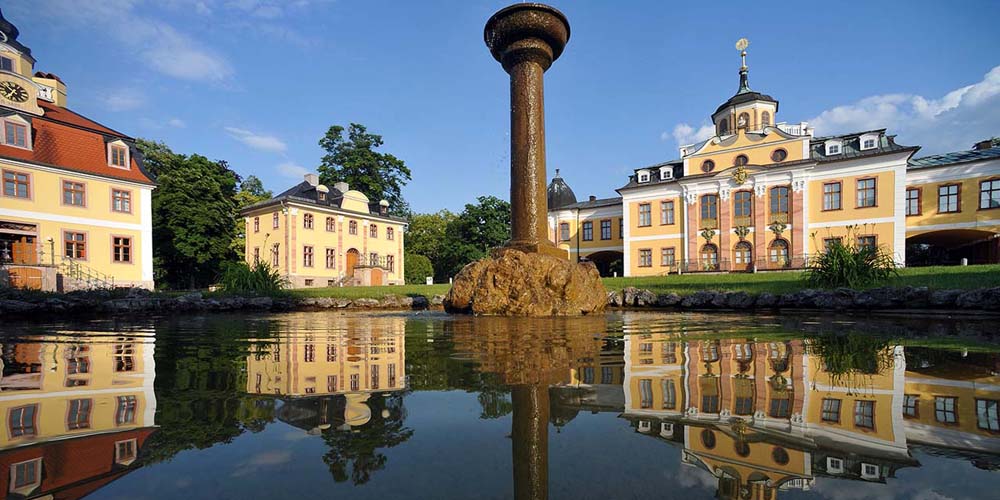 Whilst Wagner’s association with Leipzig was short-lived (he was born there in 1813), the city’s musical history is dominated by the towering genius of JS Bach, who lived and worked in the city for much of his mature life. Then there is also Felix Mendelssohn who spent long periods in the city, dying there in 1847. Thus, there will be a wide variety of musical and cultural themes to explore, which will include a day visit to nearby Weimar, pictured above, where Bach worked earlier in his life. Peter Hill will again co-lead the tour and his pre-performance and other lectures, hugely enjoyed by everybody in Dresden, will serve to enhance not only the operas, but also our appreciation of both Bach and Mendelssohn. Full details will be published later this year, but you might like to put your name down on the ‘interested’ list? We know this will be a popular tour and those who have registered their interest will be sent full details in advance of its release to the rest of our mailing list. 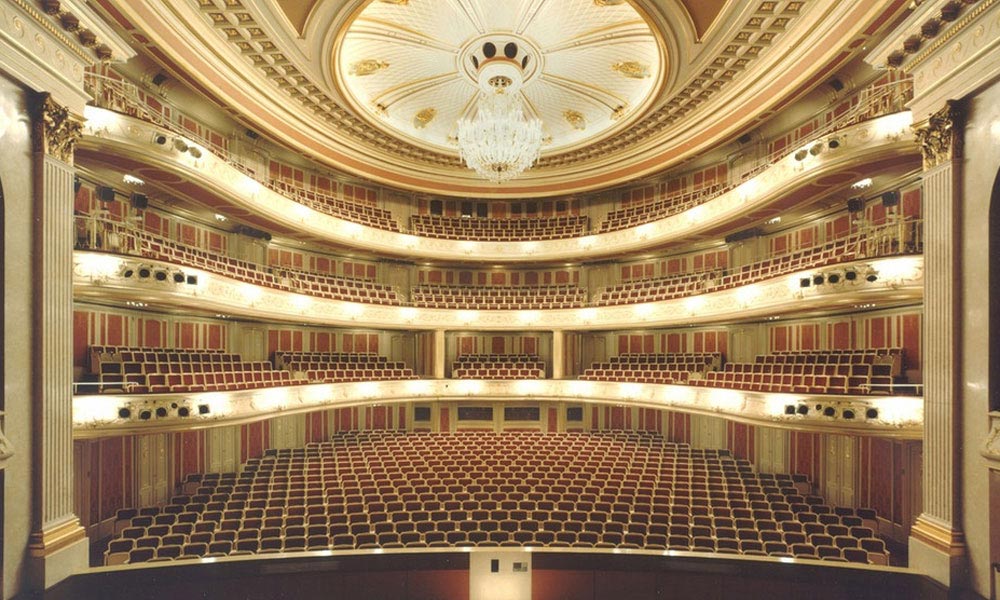 Musical life in Germany thrives as never before; the Federal, Regional and City governments all committed to culture as both an expression of the nation’s history and a vote of confidence in its future. Berlin, given its role as the national capital, is no exception, recently enhanced by the re-opening of the city’s historic Staatsoper, the opera house on the elegant thoroughfare, Unter den Linden. Under the direction of Daniel Barenboim, its first season in the restored house is unwinding and our upcoming tour Prussia and the Rise of Germany – Berlin & Potsdam, 8 – 13 April will allow participants to experience this new space in all its glory, as seen above. There will be two performances which participants can book, Benjamin Britten’s The Turn of the Screw in the main auditorium (conducted by Daniel Cohen) and a Chamber Concert for Wind Instruments in the Apollo Hall (performed by members of the Staatsoper Orchestra). 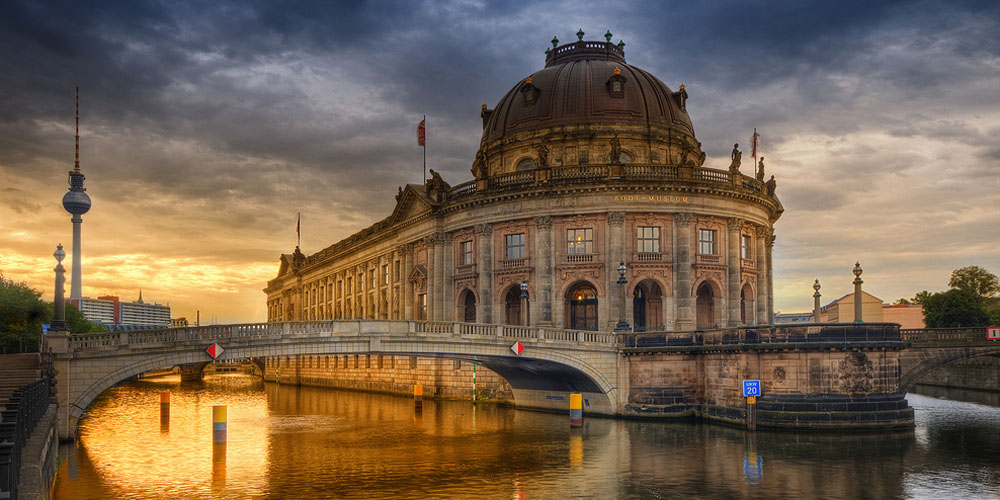 The Opera House is literally just around the corner from our hotel, the lovely 5* Regent and given the tour’s theme, we shall explore not only the history of Berlin as the capital of Prussia but also its astonishing re-birth since re-unification. This is perhaps best appreciated on the famous ‘Museum Island’ with its peerless group of museums and galleries, with the Bode Museum seen above. Visits to a number of historic palaces, including Frederick the Great’s Sansoucci at Potsdam, will also be included. In recent weeks a small number of places have become available on this spring-time visit. 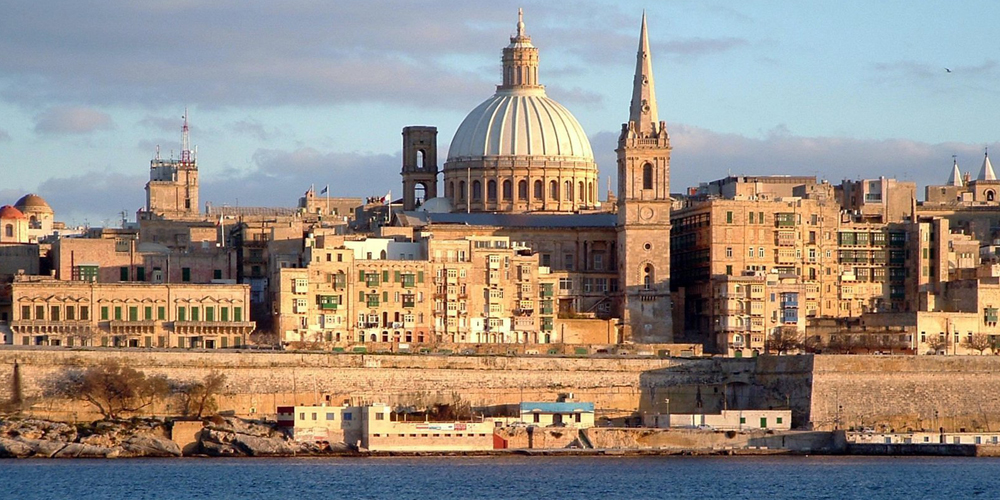 A MEDITERRANEAN PEARL: MALTA ACROSS THE AGES

Should you want to enjoy some spring sunshine, an alternative destination is featured in A Mediterranean Pearl – Malta Across the Ages, 10 – 16 April. It would be difficult to find so small an island with so much history, arched across several thousand years. The weather is always kind in April, the skies blue, the food excellent and given Malta’s long association with Great Britain in war and peace, there is much to see and do. The other military presence on the island is, of course, associated with the Knights of Malta and this august arm of militant Christianity has left us some of the island’s most impressive buildings, not least in Valletta where this tour will be based. Our hotel will be the renowned 5* Phoenicia, recently reopened after a long period of restoration. Our local cicerone will be Glorianne Mizzi, the islands top VIP guide and Stephen Brook from our office will be the tour manager. 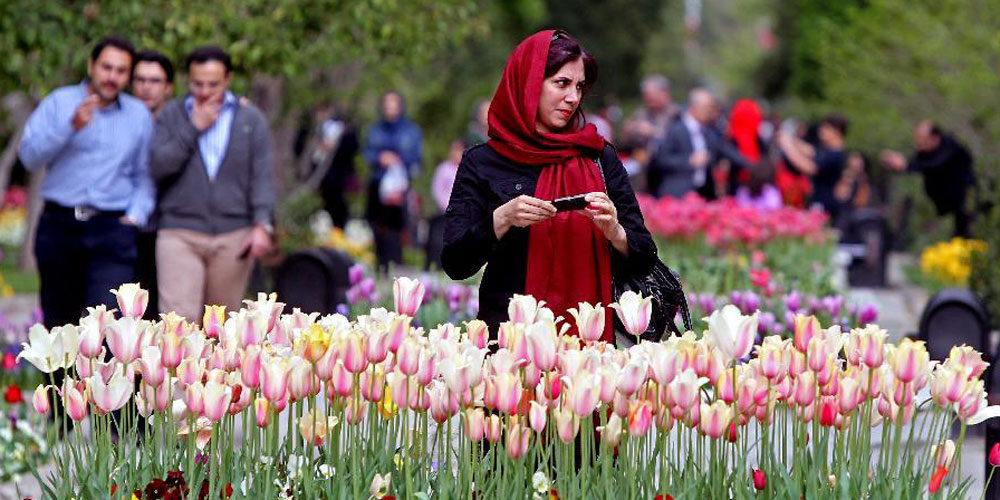 The transition from winter to spring is nowhere more spectacular than in Iran, where after the winter snows melt, the hills and valleys bloom and spectacular displays of tulips and other bulbs are rapidly succeeded by roses and a host of perfumed and flowering shrubs and trees. Not for nothing did our word ‘paradise’ have its probable origin in the ancient gardens of Persia. This long tradition of horticultural excellence will form one of the interlinked themes of our Ancient Frontiers: Exploring Persia and Iran, 6 – 20 May, repeated again 7 – 21 October this year. 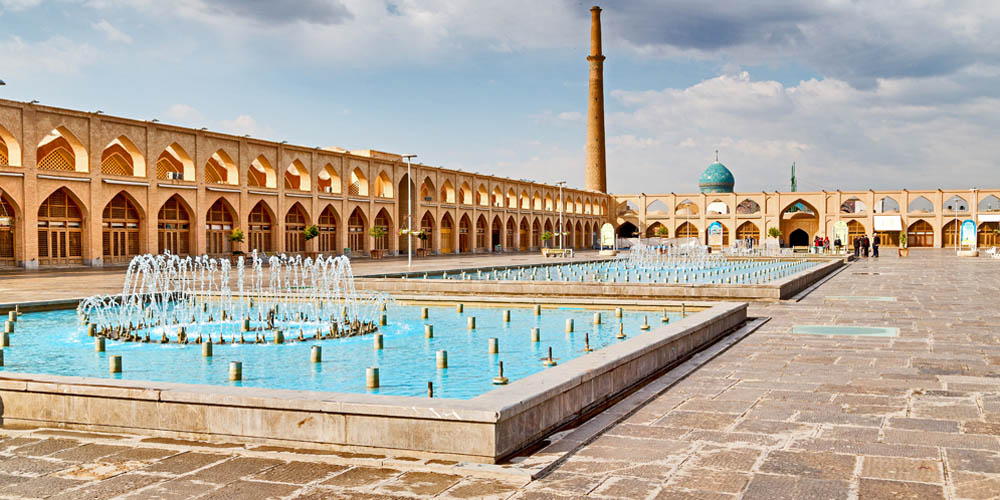 Recent events in Iran may have caused apprehension to those who may be considering a visit in the near future. However, my own experiences there suggest that foreign tourists are not only warmly welcomed but that those areas where local tensions are apt to ‘boil over’ are located mostly in the north-west of the country, far from the places we shall visit such as Shiraz and Esfahan, as seen above. These more challenging areas have a long history of local strife, rooted in religious tensions between the majority Shi’ite Muslim population and some minority sects. In any case, should we be advised by the Foreign and Commonwealth Office that travel to Iran should be suspended, we would, of course, cancel the visit and refund all monies paid. Any prospective traveller who would like to discuss Iran further should give me a call at our office. 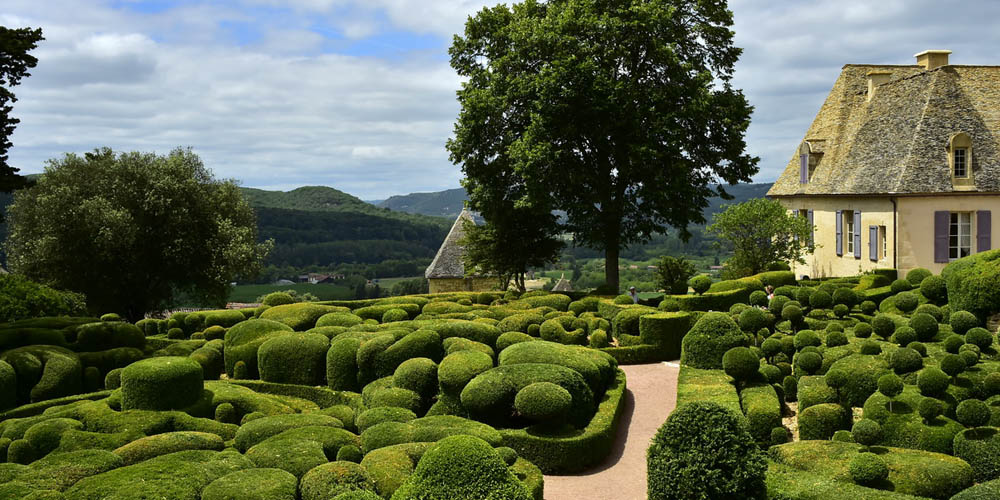 A FEAST OF ORNAMENT: THE GARDENS OF THE DORDOGNE

Perfume is one of the more intangible elements which can enhance any garden visit. France in early Summer is one of those places where this extra dimension is both all pervasive and seductive. A Feast of Ornament – The Gardens of the Dordogne, 5 – 10 June will explore a wealth of historic and contemporary gardens, many not open to the public, where our group will be entertained privately. Led by the distinguished garden historian, Caroline Holmes, her combined skills as both historian and ‘hands-on’ gardener will add an extra dimension. Based in the charming village of Tremolat, situated on one of the loveliest stretches of the Dordogne, it will be an ideal base for this wonderful tour.

With every good wish from all of us here in Aynho,