Welcome to our January Newsletter and a very Happy New Year to everyone!

Our annual December newsletter was despatched by post two weeks ago and I hope you have received your copy? If not, please contact us via email at info@ciceroni.co.uk or on 01869 811167 and it will be despatched immediately.

Late though it may seem, earlier this week we completed planting about a thousand tulip bulbs. Why so late? We had an outbreak of ‘tulip fire’ disease last season and to deal with this problem, advice from more experienced sources suggested waiting until we had a few serious outbreaks of frost. However, as an additional precaution to prevent future outbreaks, we have not planted any tulips directly into the garden. Some suggest this should be continued for up to three years, so any advice you may have would be welcome. Consequently, we have chosen to concentrate on a mid to late seasonal display in pots, so let’s hope they all survive and prosper? Our picture above is one taken a few years ago when I tried out such a display, so fingers crossed for a similar result. 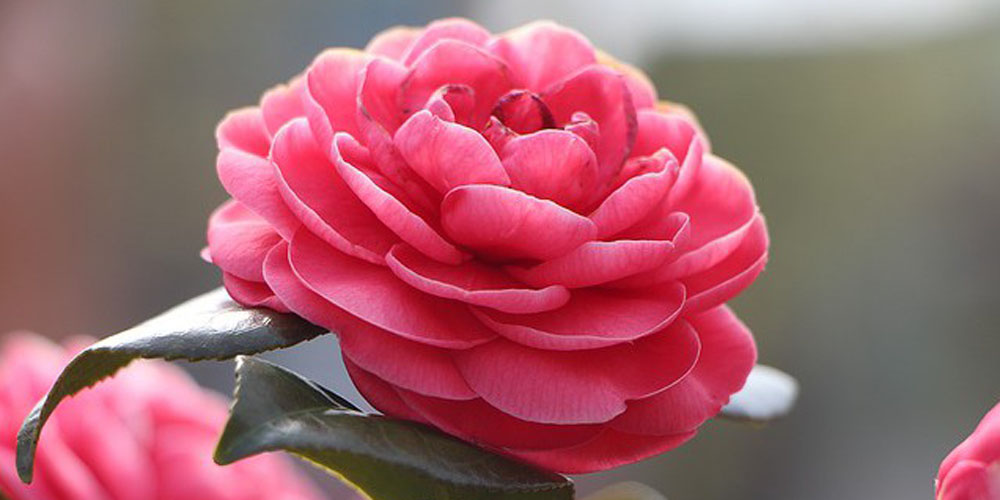 Of course, some of you may not want to wait until Spring arrives for a display of welcome colour to banish the drab grey of recent weeks here in the UK? One of the most exciting garden tours we introduced two years ago will be repeated this March - Camellias & Caminos: Spring in Galicia, 15 – 21 March and would provide the perfect short break to dispel any lingering ‘doom and gloom’.

The camellia, Camellia sinensis, arrived from the Far East via Jesuit missionaries in the seventeenth century and shortly after its introduction was widely cultivated along the coast of Portugal and north-western Spain. This tradition has continued ever since and today Galicia has some of the finest camellia gardens in the world, ably supported by a wide variety of flowering trees and shrubs, all of which appreciate the region’s warm, moist climate. Welcomed, guided and hosted by the owners of these pazos (historic rural properties), we shall stay in two lovely Paradors with four nights in the delightful coastal town of Cambados and two nights in Santiago de Compostela; which is one of the most architecturally distinguished Paradors in Spain. From here we shall also explore Santiago and its associated ‘pilgrimage’ sites. 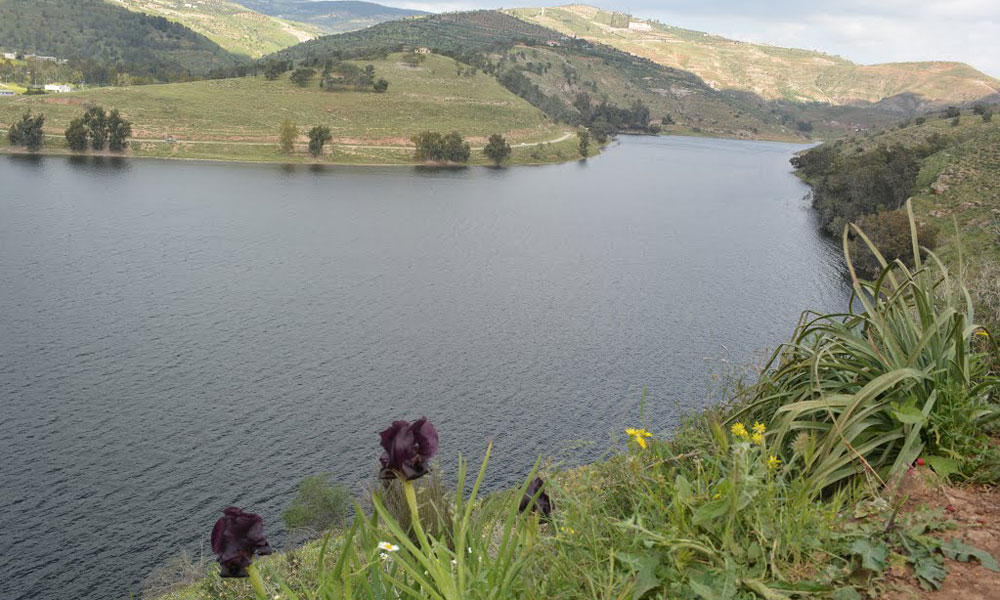 Should camellias not be to your taste, a further horticultural temptation can be discovered in Jordan where the country’s famous black iris blooms each Spring, Iris petrana. This is best seen in the north and centre of the country, particularly around Kerak, our picture shows some growing just north of Kerak, about midway along the historic ‘King’s Highway’ which runs almost the full length of this truly welcoming place. 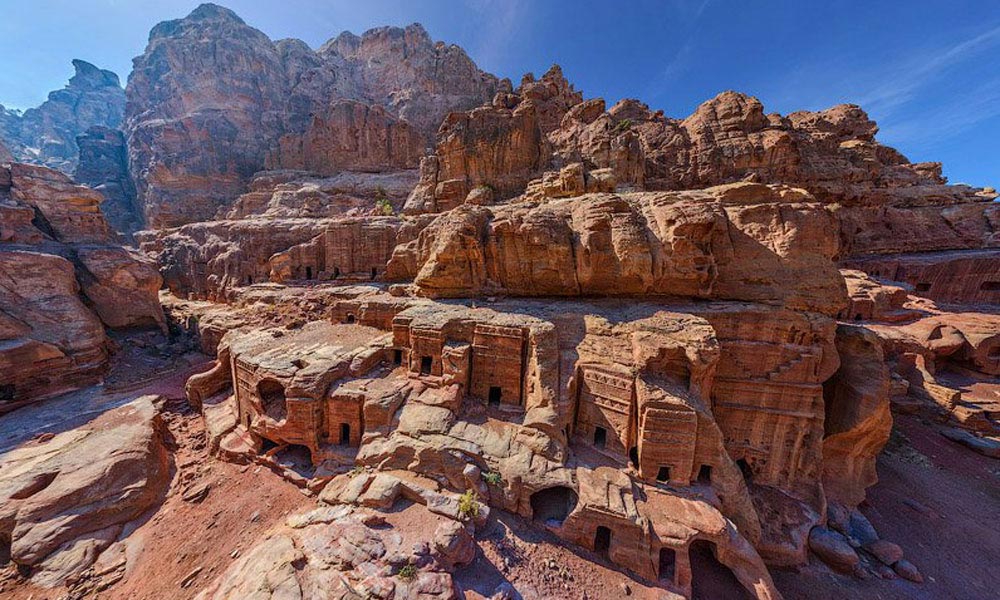 Arabia Felix: Petra, Jerash & the Treasures of Jordan, 10 – 19 April will explore not only the country’s remarkably varied scenery but also the complex web of settlement patterns, sustained by ancient trade, which made this part of the world such a desirable place for invading conquerors. We are thrilled that Dr Christopher Smith, the recently retired Director of the British School at Rome and an eminent Roman archaeologist, has agreed to lead this visit for us – his knowledge of the ancient world and his ability to impart his knowledge in a refreshingly unfusty manner, will add an extra dimension. April is the perfect time to visit Jordan and nature obliging, you are sure to see this most elusive and short-flowered iris too. 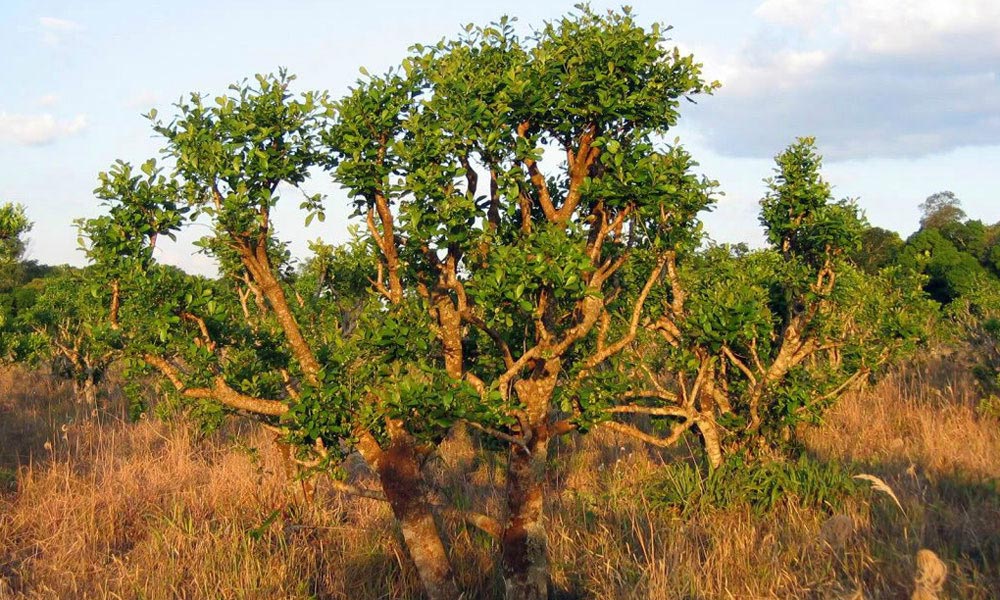 The Nabataeans who created Petra were one of the great trading groups of the ancient world and for some considerable time they made fortunes by selling on the by-product of a shrub like tree native to southern Arabia and north-east Africa, Boswellia sacra – yes, named after a member of the Scottish family, and pictured above in Oman. The tapped and hardened sap of this shrub yields what we call Frankincense, one of the three gifts offered by the wise men, marked the other day on the feast of the Epiphany. 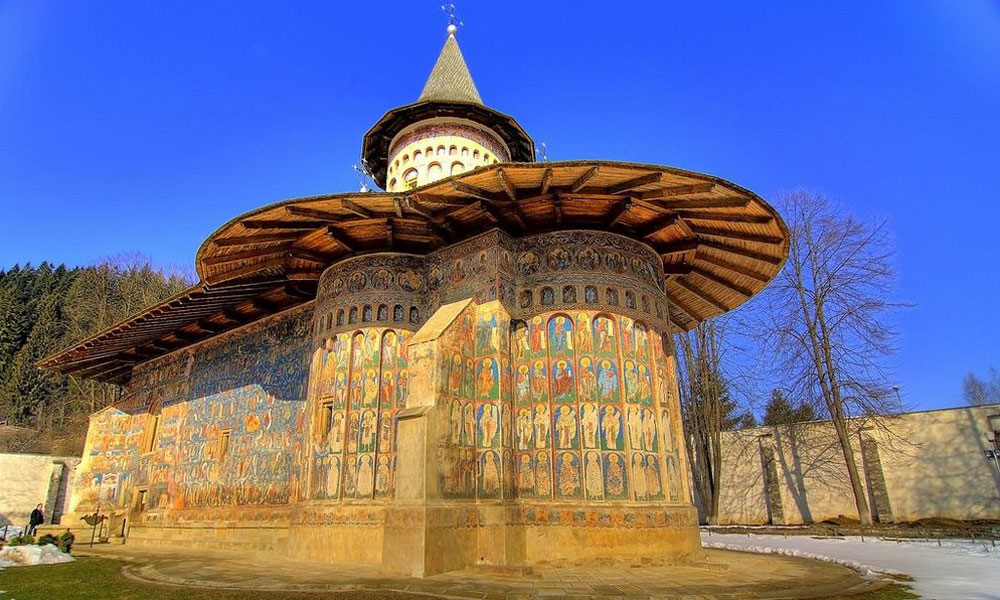 This is also when the eastern Orthodox churches celebrate Christmas, and Romania is one of the countries where the visual celebration of this and other Christian feasts and saints is memorably captured in works of art of sublime beauty. A Medieval World: Unspoilt Romania, 13 – 23 May will include many famous churches and monasteries, particularly the wooden churches of Maramureș, the painted monasteries of Bucovina, as seen above at Voronet and the fortified ‘Saxon’ enclaves of Transylvania. These are without doubt one of the most precious groups of medieval monuments to survive anywhere in Europe, all the more remarkable given all that history has thrown at them over the centuries. 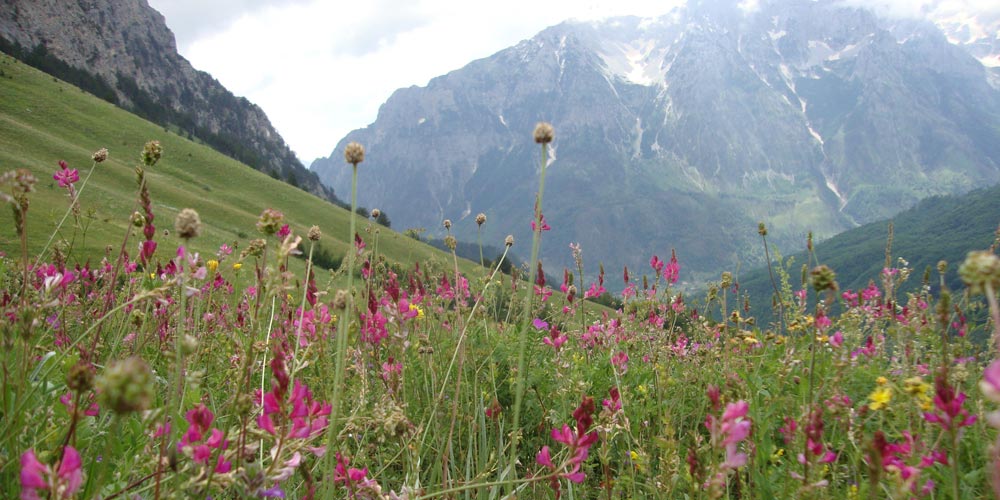 Guided by John Osborne who has led many tours there, it is sure to be a memorable eleven days, particularly as the unspoilt countryside will be full of wild flower filled meadows. I know when I visited a few years ago I thought I had stepped straight into a painting by Pieter Brueghel, so unspoilt was it all and so gracious and natural the welcome. 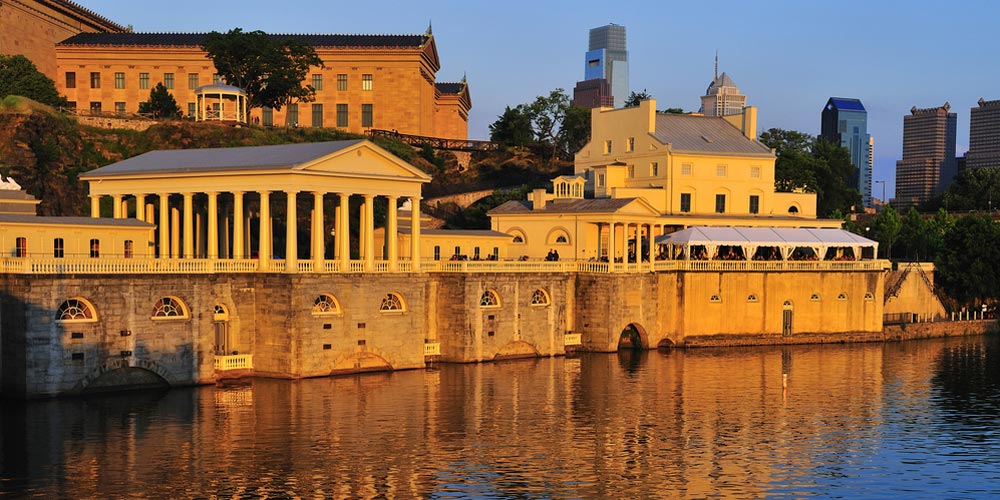 In total contrast to Romania, next May we shall offer one of our most popular tours to the United States, American Arcadias: Philadelphia & the Du Ponts, 10 – 17 May. The creation of the Quaker colony of Pennsylvania and its eventual capital, Philadelphia, represents a remarkable story of colonisation, leading to eventual freedom for its settlers via the American Revolution. Benjamin Franklin is one of its most famous citizens, and his life and legacy are still imprinted on Philadelphia’s buildings and their collections. Public philanthropy seems to have been engendered in the city’s inhabitants from an early date and our tour will discover this, especially when visiting its art museums and galleries, including a private visit to the fabled Barnes Foundation with its wonderful Impressionist and Post-Impressionist masterpieces. 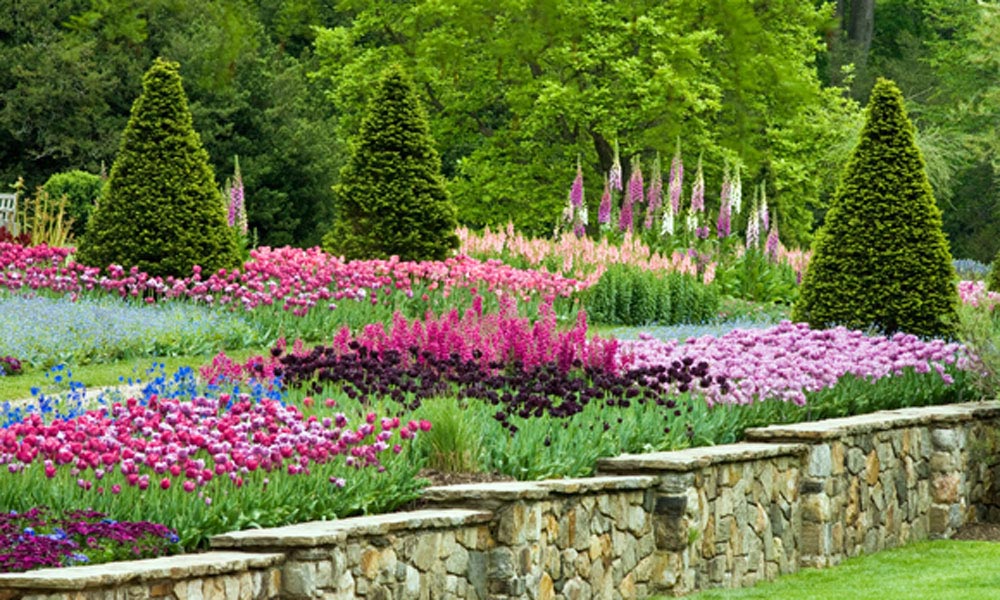 Delaware was part of the original grant of land given by Charles II to William Penn but quickly went its own way. On the border lands of Pennsylvania and Delaware one family, the Du Ponts, have left an indelible impression. Their wealth created several remarkable estates, expressing a refined taste in collecting found both in their mansions and the surrounding parks and gardens. We have included visits to three of these – Longwood, pictured above in all its Spring-like glory, Winterthur and Nemours – all remarkable, indeed unforgettable. 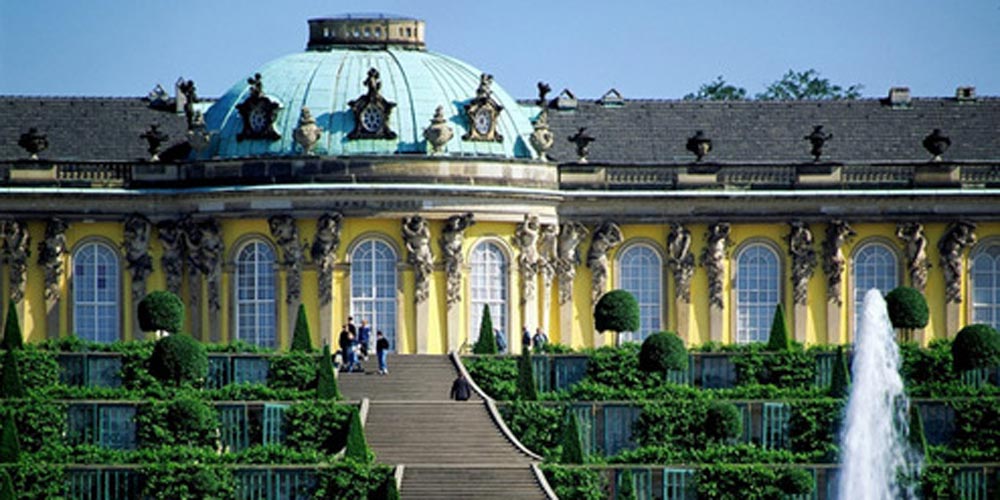 Finally, our recent mailing has led to a flurry of bookings since we reopened last week. Consequently, as I write, our visit to Berlin & Potsdam, 8 – 13 April has just two remaining places. Similarly, we also have two places remaining on our recently released Study Day at Woburn Abbey: Treasures from the Silver Vault, 13 February. Do get in touch should you be considering joining me on one of these visits.

With every good wish from all of us for the coming year!