Lecture Series - In the Footsteps of J S Bach: His Life & Music

If you are unable to attend the live session, do not worry - all those who register will automatically be sent copies of the lecture to view in your own time (from around four hours after it takes place). 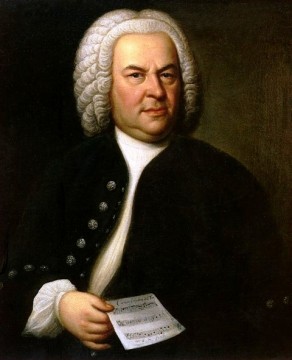 In the Footsteps of J.S. Bach: His Life & Music

Bach stands at the apex of a family of generations of musicians. Described by a modern critic as "the voice of God", his music combines in the highest degree inventiveness, intellectual mastery and emotional intensity. In his lifetime he enjoyed a legendary reputation as organist and keyboard player; thus we are very fortunate that Peter Hill will take us on a musical journey tracing Bach’s life and work. Peter, who has led tours for us exploring both Wagner and Verdi, has also recorded to great acclaim some of Bach’s most important works for keyboard on the Delphin label, notably the Well-Tempered Clavier, Goldberg Variations and French Suites. Peter will use a piano throughout both lectures, choosing his examples from some of these works, a ‘first’ for our webinars and a wonderful introduction to Bach’s genius.

Peter Hill presents the fascinating story of Bach's apprentice years, and his rise from church organist to Capellmeister against the backdrop of the small towns and courts of central Germany including Arnstadt, Weimar and Cöthen.

Peter explores Bach's many-sided genius in the music he wrote for the churches and public concerts of Leipzig, together with the re-discovery of Bach by (among others) Mozart, Beethoven and Mendelssohn which sparked the great 'Bach Revival' of the nineteenth century.

Peter will give two one-hour illustrated lectures and will also illustrate how talk with live piano for £19.

You will not need to download any software and the lecture will work in any browser. For the best experience use a desktop or laptop - but it will also work on an iPad or similar tablet.

We hope you enjoy the recording.