Lecture Series - The Whitehall Group: Charles I & his Circle

I am delighted to offer information below about our lecture series, devoted to The Whitehall Group – Charles I & his Circle.

Charles I (seen above in a detail from a painting by Van Dyck, now in the Czech Republic) created a court where architecture, painting and the visual arts received unprecedented encouragement from an English king. He deliberately set out to create a rival to the great courts of Europe, attracting some of the finest artists, designers and craftsmen to London, above all Rubens and Van Dyck. Within a very short period he also built up one of the greatest art collections of the time. In these endeavours the king was not alone, and all those involved are collectively known as ‘The Whitehall Group’ based on their roles at Court, centred on the London palace of Whitehall (pictured below in a drawing which captures it before it was destroyed by fire in 1698). Some were courtiers and diplomats; others combined the role of art agent with activities such as music and spying. Then, as now, the art world had its murky side… 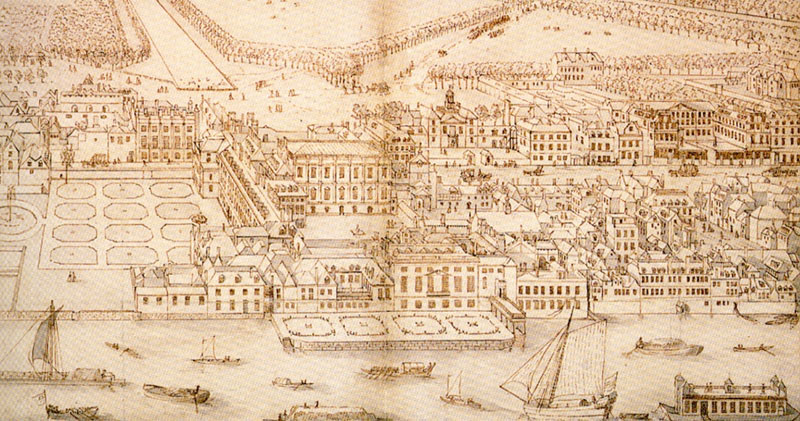 Indeed, the atmosphere at the court of Charles I was one where great patrons vied for the eye of the monarch, whilst striving to create art collections of their own. The two dominant of these courtiers were utterly different in every respect: Thomas Howard, Earl of Arundel (and would-be Duke of Norfolk), the scion of one of the great medieval families of England; and George Villiers, Duke of Buckingham, son of a minor Leicestershire gentleman. Both men rose to power and influence during the reign of James I, the former buoyed up by the weight of family history, the latter carried along on a rising tide of charm and good looks – their portraits below suggest the disparity of character which made them natural enemies, competing as collectors and courtiers. Both men were deeply involved in all the great artistic adventures of the day - and both men died tragically, Buckingham by the hand of an assassin and Arundel in exile in Padua during the Civil War.

Charles I also came to a tragic end. Amongst the many aspects of the King’s life to give cause for complaint, his lavish devotion to, and expenditure on matters artistic caused scandal to the Puritans who defeated the King and his allies in the Civil War. Following the King’s execution in 1649, Cromwell set in motion ‘The Sale of the Late King’s Goods’. The Raphaels and Titians bought by Charles were sold, together with the finest tapestries woven at Mortlake for the King, along with so much else. These went to enrich some of the great European collections and can now be seen in Madrid, Vienna and Paris, while some returned to the English Royal Collection over time. 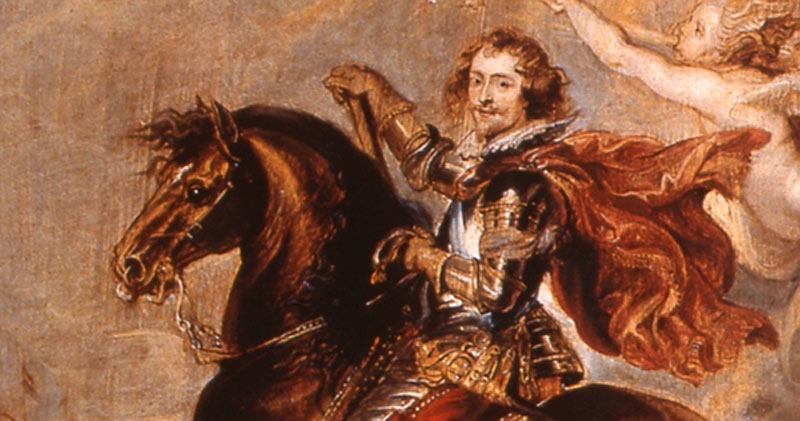 My introductory lecture will look at the history of royal collecting and patronage in Tudor and early Stuart times. It will set the scene whilst introducing the main characters in this fascinating drama, from the Stuarts themselves to the great aristocratic collectors and those who served them, both in England and across Europe. Central to this talk will be the visit to Madrid in 1623 made by the young Prince Charles and the future Duke of Buckingham (the latter seen above in a detail from an oil sketch by Rubens now in Texas), ostensibly to ‘inspect’ one of the sisters of Philip IV as a possible future wife for Charles. This proposed marriage came to nothing but the journey was not wasted. They were overawed by the artistic riches of the Spanish Habsburg court, an experience which shaped the future king’s tastes, bolstered by the lavish gifts he received from the young Philip and his court – works by Titian and his contemporaries featured prominently, helping to establish the future King’s love of Venetian art.

Charles succeeded his father in 1625 and my second lecture will trace the change of pace in the new king’s collecting habits - access to the funds which the Crown had at its disposal allowed him to begin acquiring works of art in earnest. The most significant event which dominated his early reign was the acquisition of the bulk of the fabled Gonzaga collection from Mantua, a process which involved an extraordinary group of people. In addition, both Arundel and Buckingham were deadly rivals when it came to forming their own parallel collections (a love of Venetian art was central to our three principal collectors), though Buckingham’s assassination in 1628 brought to an end the activities of one participant in this drama. His death allowed Lord Arundel (seen below in a detail from a portrait by Rubens now in Boston) to return to influence at court and not long afterwards the living artist he most admired, Rubens, came to England on a diplomatic mission on behalf of the Spanish crown. Whilst in London he obtained the commission for the most important work of art to be created in England at the time, the famous painted ceiling for Inigo Jones’s Banqueting House, miraculously still with us. His relationship with both Arundel and Charles I is a fascinating story. 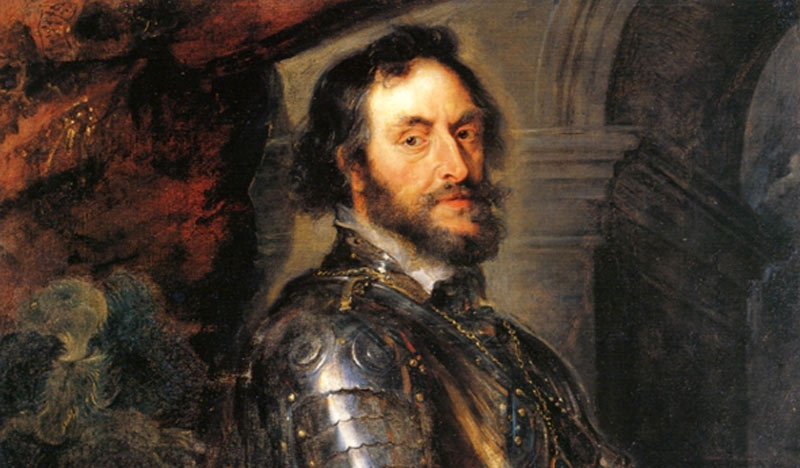 The final lecture will examine the 1630s and ‘40s when a bright new star appeared on the royal horizon, Anthony Van Dyck. Though he first came to England for a brief period in 1620 (Arundel and Buckingham were, it seems, his major patrons at that time), his return in 1632 is the major event in the artistic life of the Stuart court up to the outbreak of the Civil War. Van Dyck’s portraits captured this febrile world with verve and insight. It was also at this time that a few new collectors entered the field, above all the 1st Duke of Hamilton, who amassed a remarkable collection of Venetian masterpieces in very little time. It is open to question whether or not the newly minted Duke was seriously interested in art, as he may have seen the formation of an art collection as a means of impressing his monarch. However, as Hamilton and Arundel sought out the same treasures on the art market, the King had more or less given up collecting due to mounting financial and political troubles, troubles which would usher in the Civil War as one by one, the dramatis personae vanished from the stage. The last two acts were the King’s execution in 1649 followed by the sale of his goods, scattered to the winds, as indeed so too would those once owned by Arundel, Buckingham and Hamilton. Today, the best of these amazing works can be found in Madrid and Vienna, with a lesser group in Paris, making visits to the Prado, the Kunsthistorisches and the Louvre Museums a must – some of which we plan to include in our forthcoming tour programme early next year.

The lectures took place online at 11am on 8th, 15th and 22nd July and do not require any software to be downloaded.  The cost for the series of three lectures is £27 and is payable via card when you register.  Please click the link below to register and on registration you will be sent a confirmation email and receipt.  If you do not receive the receipt and confirmation shortly after registration and payment, please contact the office.  If you are not able to attend the live sessions you will automatically be sent copies of the lectures to view in your own time. I am afraid the system does not allow charging for individual lectures. Our usual monthly e-newsletter will follow on in a few days, detailing our plans for this Autumn and beyond, so do look out for it in your mailboxes.

Our usual monthly e-newsletter will follow on in a few days, detailing our plans for this Autumn and beyond, so do look out for it in your mailboxes.

With all my best wishes,