If you were unable to attend the live session, do not worry - all those who register will automatically be sent copies of the lecture to view in your own time (from around four hours after it takes place).

The National Gallery’s new exhibition, Artemisia, postponed from April, opened a few days ago and I have just been to see it – it closes on 24 January, so do consider booking a visit slot. This is the first time a UK gallery has devoted a monographic presentation to Artemisia Gentileschi and it is an amazing, if at times visceral, visual feast for the eyes. Rediscovered in recent years, Artemisia’s undoubted talents have been overshadowed by her better known male contemporaries, including her father Orazio, not to mention Caravaggio and his imitators - all of whom provide the immediate milieu from which she emerged in the early seventeenth century. 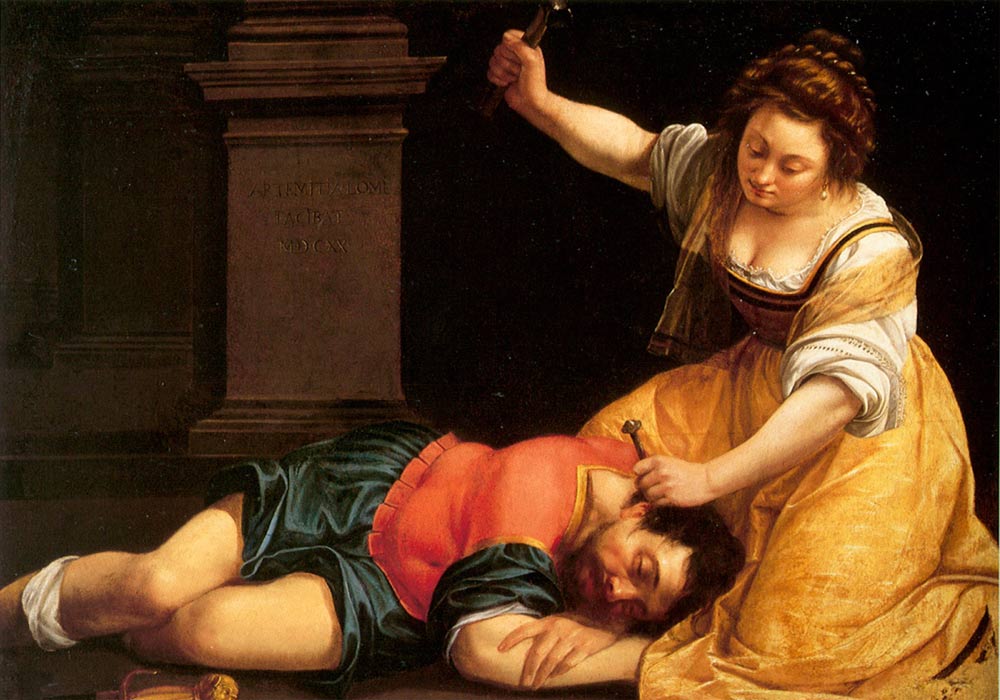 The exhibition pays little attention to that milieu and most of the thirty-five paintings, plus some supporting material in a series of letters and other documents, are rightly devoted to Artemisia. Of those documents, none is more moving than the original transcript of the trial of the painter Agostino Tassi for the rape of Artemisia, with the page open where Artemisia’s torture (carried out to establish if she was telling the truth!) on 14 May, 1612, calls directly to us across the centuries as she insists “it is true, it is true”…

Her career began in Rome but would take her to Florence, Naples and London before she returned to Italy. Most of the paintings included have never been seen in this country before, and known only to specialists; for once, the term ‘revelatory’ is appropriate. To coincide with this exhibition we plan to present a pair of linked webinars on Tuesday and Wednesday, 20 & 21 October. First, James Hill will introduce ‘Painting in Rome in the Early Baroque’, setting the scene for Artemisia’s career; and the following day, I shall look at her career focusing on the NG’s exhibition.