I am delighted to offer information below about our lecture series, devoted to Colour & Sensuality: Titian & the Art of Venice in support of The National Gallery’s landmark exhibition, Titian’s Poesie: Love – Desire – Death. 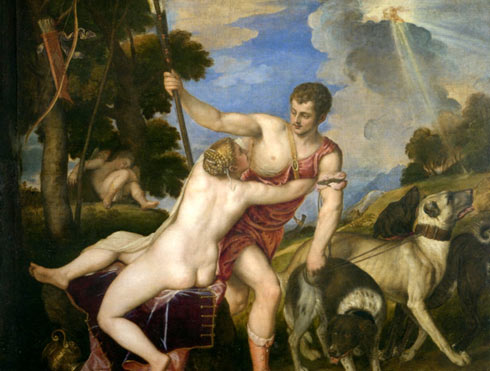 Venice was a place apart in renaissance Italy: geographically unlike anywhere else, its trading operations, its political structures and its social fabric were unique to this maritime republic. So too its art and architecture, grounded in a deep knowledge of Byzantium, which slowly changed as the ‘new’ art of Florence penetrated north via the work of Donatello and others. The leading workshop of painters in the city was the Bellini family, above all Giovanni, one of whose probable students would dominate Venetian painting – Titian! 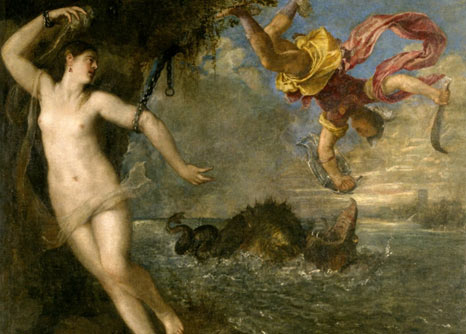 A younger contemporary of Giorgione’s, indeed their early work is often attributed to the other, with Giorgione’s death in 1510 Titian came to dominate the city’s artistic life. All the traditional genres were his ‘bread and butter’ such as religious works and portraits – but he was also an innovator, none more so than with the extraordinary series of mythological paintings he produced for a select band of favoured clients, such as King Philip II of Spain. He called them his poesie, visual equivalents of poetry, and those he produced for Philip are amongst the most outstandingly sensual of all renaissance paintings. Given the National Gallery has six of these paintings on loan in their exhibition up to 17 January, 2021 our two webinars will be the ideal introduction to this remarkable artist and his world. 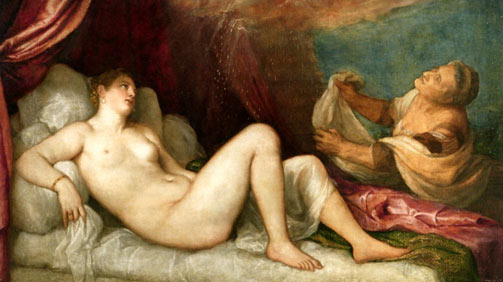 The first lecture will be an overview of the career of Titian, the most influential of all Venetian painters. Born on the Italian mainland, just north of Venice about 1487/90, it is thought his early training included spells working under both Bellini brothers, Gentile and Giovanni, then the heads of two of the city’s most important workshops. Equally important, though less easy to trace, was his relationship with his older contemporary, Giorgione with whose work some of Titian’s early masterpieces are often confused. When Giorgione died in 1510, Titian rapidly established himself as first of the new generation of painters including Sebastiano del Piombo and Lorenzo Lotto. On Giovanni’s death in 1516 he was his natural successor, excelling in both religious painting and portraiture. His style developed and matured over a long working career, using colour as an emotional tool rather than recording his subjects through the use of endless preparatory sketches as preferred in Florence and Rome, the contrast between colore and disegno, as his contemporaries grasped. 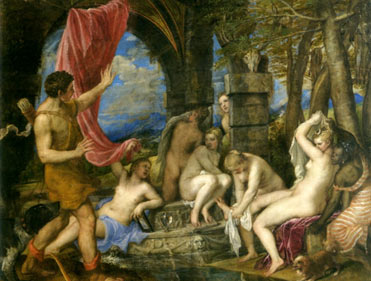 Titian worked principally in and around Venice but his reputation was such that first in Italy, and thereafter throughout Europe, he was in great demand. Of his princely patrons, none were more important than the Habsburg Emperor, Charles V and his son, King Philip II of Spain. Indeed the relationship between the artist and these two powerful men led to the creation of some of the most important, not to say ravishing, works of art, particularly the series of allegories which will be the subject of my second lecture. Allegorical painting emerged as a genre in Florence with works such as Botticelli’s Birth of Venus while Raphael and Correggio created similar masterpieces, their subjects increasingly suffused with erotic overtones. 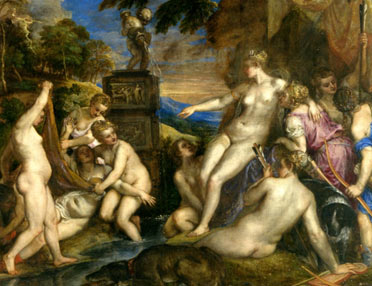 But it was Titian who created the most influential of these works, first for Alfonso d’Este, Duke of Ferrara and later for King Philip of Spain. The group commissioned by Philip, six in number, are based on stories found in Ovid’s Metamorphosis and the artist called them poesie, poetry rendered in paint, not words. The first in the sequence was Danaë, with The Rape of Europa, Venus and Adonis, Perseus and Andromeda, Diana and Actaeon and Diana and Callisto, all seen above, completing the set. They are amongst the outstanding achievements of Titian’s maturity and will be the focus of my second lecture. Painted between 1553 and 1562, the set did not remain together for long as one was given away as early as 1579, followed by later dispersals. It is therefore one of the great art events of modern times that London’s National Gallery has been able to reunite all six for the first time since the sixteenth century - almost unbelievable in fact. On display together until 17 January next year, my two lectures should provide an introduction to this complex web of patronage and achievement.

The lectures took place online at 11am on Tuesday 4th & Wednesday 5th August and do not require any software to be downloaded. The cost for the series of two lectures will be £19.

I am afraid the system does not allow charging for individual lectures.